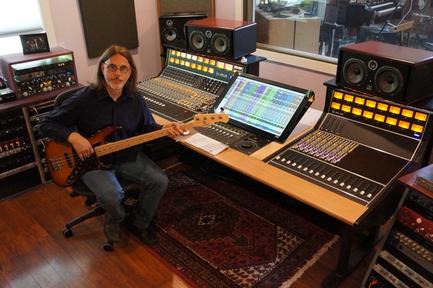 A performance by Leslie Ritter & Scott Petito is a heady voyage that rises as if from an ancient Celtic mist, tempering the spirit of Ritter’s dulcet tones with Petito’s fluid fret work as a living bridge of jazz-borrowing acoustic soul.

“Beautiful vocals and dynamic musicianship which together create ethereal melodies that relaxes and excites listeners all at once. Perfect music for slow wakeful mornings, lazy afternoons, or any time one wishes to fade in and out of a blissful melodic delight”

"A little folk, a little pop and more than a little magic!"


" A dynamic musical duo that blends beautifully haunting vocals with soundscapes of grandeur and polish."

"A terrific band that makes music so gorgeous you can almost see it. It features Ritters heavenly vocals and a sound that seems spacious and evocative, the musical equivalent of a Monet painting. The lyrics are just as distinctive and pack quite a punch." 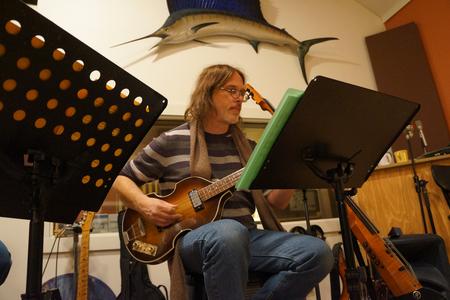 Scott Petito is an award winning composer, producer and engineer. He is a gifted bassist and multi-instrumentalist who has performed on hundreds of recordings in many musical styles. Scott has become particularly well known for his work in the folk and jazz genres, working with such musicians as; James Taylor, Pete Seeger, The Band, Jack DeJohnette, Don Byron and Dave Brubeck. Scott studied composition and arranging at Berklee College of Music in Boston. He has scored films for the BBC, Robert Redford and PBS. His productions have charted in Billboard Magazine and have received gold record honors. Scott composed the theme song for the NPR program “With Good Reason”. He is a member of the seminal political/poetic rock group The Fugs. For many years he toured and recorded with partner, Leslie Ritter. During this period of time, their recordings received worldwide acclaim. Scott’s ambient solo bass record, “Sbass Music” debuted at the top of the NAV Charts and has been played on over 450 radio stations in the US and abroad."...Petito's been quietly amassing an awesome body of fine work, practically creating his own sub-genre of intelligent adult music..."                                                               - The Woodstock Times